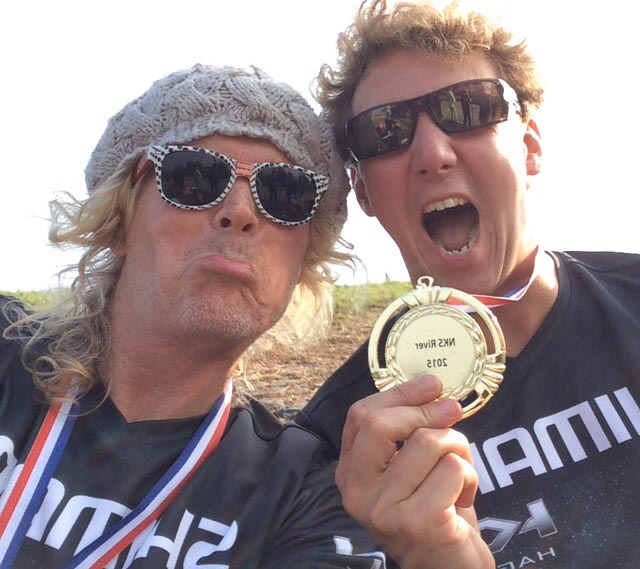 Willem Stolk and Jochem Myjer did a great job during the Dutch NKS competition. They won for the 5th time the National title during this river competition.

THE NATIONAL TITLE DURING THIS RIVER COMPETITION

Willem is fishing for Shimano for 18 years and is involved at several projects like the new JDM rod series. Jochem is Dutch most popular comedian and he love fishing. As a team they are one of a kind.

Last year Willem and his mate Chris Bloemert won several prices during WPC 2015. They became section winner during day one, caught the biggest zander and end 2th overall as Team Shimano. Jochem and Willem enjoy fishing together and every day on the water is an adventure. Both love to be out there and can focus under pressure. They eat stress and when fishing is difficult they go on… Every cast is a opportunity. Every minute can make the difference. They know that WPC will be hard and fishing hours without a strike can be part of it. Push it to the limit and never give up is their strength.

Naturally a ranking in the top 10 is a goal, but maybe more important is the exposure they create outside the scene. Give predator fishing a positive spin of at different levels, so also people that not fish can enjoy there adventures. Both Jochem and Willem helped recently the yearly Serious Request project to help children from war areas. An auction of one day fishing fetch €2550. 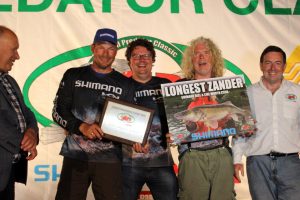 Already they are working on a plan, the story of 2016 WPC…